I Have Never Been to Vegas for a Bachelor's Party

While I have made several trips to a city that I have a love-hate relationship with. One that has chewed my soul like a tough cut of beef and soothed me like a new episode of Big Bang Theory with original jokes of Sheldon being Sheldon, I’m up an hour before work because a swarm of angry bees invaded my headspot with words that needed to make some honey, or at least a piece of dried out honeycomb.


My friend Brad (no not that Brad) chose a life of God and yesterday while on Facebook as he does from time to time while trying to interject on my life of “sin” to bring the word of God to my world. Which causes a free-thinker such as myself to step back and wonder “am I doing it wrong?”.

Then I remembered, that I am unburdened from such thoughts because there is no absolute right and wrong. The person in the mirror is the person’s rules that I follow or choose to live by. He is basically a tape recorder for which every single piece of life has already been drafted in a book containing a hymn, a verse for life’s entire context. And that’s OK. If a man chooses to feel guilty from placing their penis into a woman or a 120 ounce bottle of Heinz ketchup that he picked up at Costco because John 3:19 says so, that’s OK.

My parents still trying to nudge (not push) to get me to “go to church” because they claim my children need it. They are the most caring, loving, unselfish people I will ever know but if I were to ask why and explain why I chose to be human and life my life without knowing what will happen next it may cause a riff similar to a gay man or woman trying to explain their sexuality to homophobe.

There are some religious people who get it right. They craft those words into their own interpretation and go from there. Which is how a human should live. They should be “in sin” and free to meander within their own rules, not someone else’s. Be free to fuck up royally and learn from it. I know I certainly have. Life is not a sitcom as people like Brad would like to believe, scripted with a laugh track unyielding to life’s unknown future. I have no idea what is going to happen this weekend, and I don’t want to know because playing out the future in present time does not allow you enjoy that tingle of sitting at a bar after too many tequila shots talking smack about your favorite football teams with a toothbrush salesman from Ohio and a stripper with a giant ying-yang tattoo emblazed across her ass.

I wish Brad the best on his journey through life as he already knows what’s going to happen. Me? Well, you get to read about those flaws here as I have a blank page and perhaps a couple of front row seats to Thunder Down Under in my future.

It was a common Freshman college night. Not getting laid again, getting bullied by the 21 year old from New York who stayed in the Freshman dorm because he wanted to knock around some feeble Midwestern kid trying to make heads and tails of all the sudden freedom he was exposed to. Prior to this, his life was nothing but responsibilities, go to school, take the advance placements courses, play baseball, work part-time job 15 minutes away, pray 85’ hatchback Nova does not break down, do homework, rinse and repeat. 37 year old soon-to-be Senior looks back at the 18 year old Freshman and shakes his head at the kid walking into the two bedroom dorm surrounded by fellow drunks as another tequila race was being set.


Four shots of Cuervo , three Gold, one 1800 at the end. Which after slamming back the last one to “win” the race made the Freshman proclaim victory and defeat all in a span on 15 minutes after receiving high fives like he just hit a game-winner from the top of the key, the Freshman’s body was not attuned to just alcohol normally flipping through a weekend night in Karkov with cranberry juice or making a Keystone Light beeramid.

After a night of projectile puke in nearly orifice of the bathroom, the Freshman was slowly learning about peer pressure. The Senior now more mature (HA!), more experienced would turn down such challenges but still reserves the right to make a fool out of himself at any given time because frankly that is what he does. It took a head injury, near divorce, two children, and life rebirth to figure out that it’s ok to go balls to the wall, it cleanses the soul to let out the person behind the corporate job and loving father and loyal husband just don't try to down a bottle of tequila while doing so. 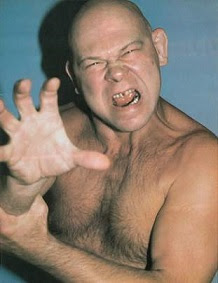 
But, there’s a difference between the Freshman and the Senior. One gave in to peer pressure without an end-game, just throwing his body at whatever, whenever. The other thinks before giving into a rum filled dream-like state or taking on a challenge. Now, it’s the Freshman’s turn to laugh at the elder and shake his head at the quest before him. Old, creaky, numb, the Freshman could spirit past the elder statesman backwards and shout insults normally reserved for Sunday morning AWA Wrestling with Mean Gene Okerlund separating The Animal and Baron Von Raschke’s deadly CLAW.

About a month ago there were whispers of a possible Mastodon Weekend revival but with an event open for those who have flocked to the healthier side of degeneracy and started running. The Senior had been watching the Facebook updates of his friends for over a year shaking his no as the pursuit of a college degree has drained nearly all free-time and energy to workout. “Sally ran 3.9 miles in 28.43mins burning 279 calories! As told by Nike WingTracker!”. This time the peer pressure would come from not booze fueled prop bets but summoning my expanding ass to stand up and carve out enough time to attempt to laugh at The Freshman. Granted he weighed 120 in full hockey gear and could run a sub six-minute mile without breaking a sweat while the Senior takes nine minutes for the same distance and nearly collapses into a slushy salt lick.

So it’s on. Even if the gathering does not materialize, the peer pressure of running has tipped over my last empty shot of tequila, as for the past two weeks I have hit the icy roads six different times in my hometown to find what many of my friends have enjoyed. A quiet cadence of putting foot in front of New Balance-filled foot, watching bare snow-lined tree come and fade as another corner is turned until the legs cannot give anymore.

The Senior looks at the Freshman with a glare that says “challenge accepted”. The goal? To run a half-marathon by next year with no stopping after the Senior become the Graduate.

See you on the path.