After walking through the front doors after a longer-than-usual commute (a whole 15 minutes!) and missing the fine smell of bacon-wrapped steak that was promised to be pan-searing when I got home, an audiable sigh left my nose.

"Oh, I can still throw the steaks on" said my wife, at least those were the words from her mouth.

The actual words were "I got home and did the laundry, vacuumed the floors, pulled your daughter down from the ceiling, and rescued a bus load of 8th grade volleyball players after their driver fell asleep trying to pull an all-nighter so don't ask me to make your fuckin steak".

Calmly, I suggested Leeann Chin's and I would offer to climb right back into the car to retrieve the Sesame chicken goodness with a side of egg-fried rice and gooey cream-cheese puffs. Also, as a bonus, the mystery package I signed for yesterday happened to be a large (for me) check from my musings on PokerStarsBlog and after checking my bank balance, a wire transfer from Full Tilt also went thru so "bet more" at the WPBT may be back on (if the funds clear of course)!

A side trip to the bank was made where a cute Thai teller that would have made F-Train throw out a few suave lines, I however stumbled thru the reasons for the large foreign check and made a joke about giving it to my wife for Black Friday (which isn't entirely false, but don't let her know when she finds some extra cash in her purse from the degen fairy).  Then on to the Leeann Chin's I go to about twice a month noting the usual surly but hot blonde who wears too much makeup and a distaste for people on her face serve up some Sweet and Sour chicken for the kids, Lemon for the wife, and as an audiable, some Mongolian chicken for myself.  Wrapped up with two pairs of chopsticks for the kids to poke their food with, it was back home to a "movie night" (meaning a late-night date with "An Introduction to Literature" for daddy). 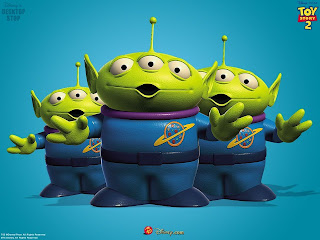 pic cred: dan-dare.org﻿
Toy Story 3, and this one lived up to the hype, with a excellent ending, on top of an excellent ending.  Just when you thought it was over with Woody and Buzz saving the day again, it jerks your heart strings for a few minutes more.
All the pillows and blankets were gathered up as the nightly ritual of getting the kids to brush their teeth without flinging poo at each other began.  But tonight there was no poo, perhaps after-glow from the awesome movie as they settled down quickly, got tucked in as I returned to the porch and found my fat cat Funky rightfully assuming my ass would be on the couch for the next few hours.
Just before cracking open the play "Trifles" by Susan Glaspell and later "The Cherry Orchard" by Anton Chekhov my wife came in to remind me to put away the turkey that had been thawing out in the sink before going to bed.  I looked up and nodded telling her not to worry about it.  But, my wife was not convinced.  She takes out a strategically placed chair which blocked the walkway between porch and living room (the kitchen is in-between the two) and places a pan on it.  After seeing this I raised a middle finger in salute, and got one in return with a smile.
After the required reading I was too tired for the writing portion of the assignment and shut off the lights to the porch which were the last lights on in the house and started stumbling to bed much like I do on later nights.
WHAM!  #!#$&$#!@@
My middle toe rang with pain as I slammed it into the strategically placed chair which filled the lane like Wilt Chamberlain and Shaq standing side-by-side.  As my trudged my bruised toe and ego to the kitchen light and took the medium-sized wet turkey placing it in the fridge, I could almost hear my wife down the hallway laughing in her sleep.
14 days folks.
﻿
Posted by Unknown at 6:49 AM

You two been married too damned long, you know each other too well.

Personally, I applaud her for a very logical solution.