Lions, Bengals, and Bears Oh My 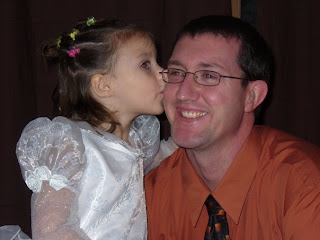 Trying to get hyped up for some NFL football to be played this week yet find myself in a weird spot. A dominate home team playing against a team that always keeps the game close no matter how horrible their season is going. A concession about last year, the Vikes should not have won, the Lions should not have gone 0-16. Period.

This year there's reasons to believe such a close game to rely on a flunky-flukey pass interference call or some miracle play should not factor into the outcome. But, the Vikes have been horrible in the second half on Defense while leaning too hard on the offense to bolt down the game after opening up decent halftime leads.

Purple Jesus should nail down a 150+ yard performance, Favre should throw for the minimum but still notch two TDs, and despite Winfield being out (a rube suggestion to sit out one more game, but one that hopefully the injured CB will take) the front four should introduce Stafford to the Metrodome turf no less than five times.

Those are the shoulds, but the Lions will keep this game close so those of you trying to hop on some double-digit line this weekend, beware. Thus, why I don't offer the Nardi brothers +10 as a prop bet. Number of Stafford picks, TV shots of 100% Cheese Free in the stands, mentions of the guy in Purple wearing number four (I'd make this a drinking game but work on Monday would suck), number of dollars Jared Allen will use to bribe the refs after Stafford runs out of the endzone and it goes to instant replay.

Think one up, and I'm game.

Prediction: 34-28 Vikes. Take the points and the over. Daddy always said "fade the public". Those are words to feed to your fattening gambler's wallet.

The wife is taking a "girls day" on Saturday thus my pristine parenting skillz will be on display while whipping up chocolate chip waffles and five pounds of bacon for breakfast. The time after breakfast will be spent at one of the following:

Expect gushing pictures of said children from a crappy camera on Monday unless we end up in Hennipin County lock-up from starting a bar room brawl at Hooters afterwards.
Posted by Unknown at 6:27 AM