Thanks For The Extra Sleep

I try to like these blogger series.
I do.
Watching some Quentin Tarantino flick with a lot of zombies and blood and Rose McGowan looking rather striking as an amputee with an assault rifle for a leg, I broke my word to play the Skillz Series Stud 8 game last night for the Full Tilt BBT4.
Messing with karma just means the exit will be a double penetration donkey dong fucking sans lube, and I bent over for the ride. Swimming with nary a hand bigger then two pair for an hour and half but managed to hold onto my starting stack, I grab hidden aces, get aces full by sixth, cap seventh only to see someone turn over quads.
Awesome.
If I wasn't in such a good mood from the new and improved relaxed home life, there might be a rant following these words. Instead, thanks for playing, appreciate getting five times the buy-in back on Stars due to a reverse cooler on the aptly named "uwillgetbroke", turned off the odd movie that I'll never watch again, grabbed the wife's firm ass and went to bed.
Call it a wash.
Better things like a free night at Treasure Island with free slot play tomorrow make for a happy degenerate since my hearing aids will be draining the majority of the fun money as of Friday at approximately 2:00pm CST. But those amplifiers will pay for themselves if the hot audiologist is to be believed, if anything to hear the inane chatter at a live poker table and my daughter speaking in the third person rants. 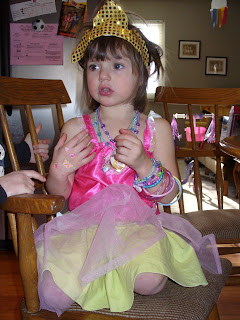 "Kyra is not happy with you daddy"

I'm sure many parents have figured out that their own attitudes trickle down to their kids'. Only now that the air at home has become more breathable since the smog of apathy has been HEPA filtered out, has this parent figured out how to enjoy his kids and his marriage again.

I reserve the right to change said shiny-happy-people attitude if I have to change another runny shit diaper in a family changing room at the pool while scooping up said remains that "missed" the toilet. Or until the next virtual cooler.