Cost and Benefit Returning to College Module of Marriage 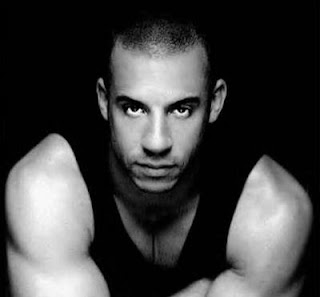 Ask any parent what sound they would like to hear again before stepping off the earth into (insert afterlife/dirt nap belief here).  As someone who has two little forms currently tearing up his house and bank account the one thing I could listen to for my final days and nothing but is their laughs.

Prior to kids there was no reservations about going out to eat, hitting up a party, or prolonging an education.  Time and circumstance seep into every decision now and one of the biggest ones is the cost and benefit of returning to school.  Not so much the monetary form of debt, but one of time.  Growing up with a part-time dad who worked himself to the bone so he could provide a stable household gives me shocks each time we're sitting around their new widescreen displaying the Price is Right on a Friday morning.  While Drew's Dancing Dolls (do they have a monkier yet like Barker's Beauty's?) are bouncing on stage after Wilma the 320 lbs. admin assistant from Marietta, Georgia drops her Pinko chip into the $10,000 slot, here I am having a conversation about football with my father that baffles me since I barely met that man growing up.


He tirelessly worked for our benefit, but left a hole at home at times and each time I hear my children laugh I wonder just how much my father missed that versus having to resort to being an after hours disciplinarian.  Of course now he's the doting grandfather who's job is nothing more than provide hugs and a warm place to sit down for Max and Ruby on Sprout.
While researching this going back to college thing, there's a tear between losing hours with my kids, wife, friends and wanting something a little more but unsure if that something more is worth the cost.  Am I doing it for the right reasons, to benefit the house or is it merely a pursuit of self-satisfaction with a heavy cost on those whose lives I'm trying to better?  If I were single, heck if I didn't have that nasty head injury years ago I'd probably already have my Bachelor's degree instead of the dusty Associates degree that seemed to do nothing but take up a quick line on a packed away out-dated resume.
Me personally, I'm fine with the extra work load as a new challenge would be a great boost, but is there balance for them?  The websites of the colleges I looked at were very vague on completion and even worse since I haven't gone to school in over 10 years my credits may not transfer and starting completely over is not in the ballpark. Looking at the flow charts of courses for the past week I felt like that idiot 19 year old freshman at Arizona State who couldn't decide on a mild or hot sauce for next 10 pack of Taco Bell faux burritos let alone a major.  Do I go back and continue trying to become a CPA?  Or chase my love for all things computer related and channel my inner-geek that has been locked away for years in a CIS-type program?
The push and pulls of the excuses and questions has me leaning towards status-quo but possibly looking for something new on the work front instead.  A big problem is the wife expressed her skeptism towards this educational push, missing T-ball games, swimming lessons, and our renewed marriage.
The last one being a VERY big reason in my book.
Being practical and realistic isn't for chasing a dream, it's for preventing your car from becoming inbedded in a eight foot high snow wall because you tried that cornering move once seen on Fast and the Furious Toyko Drift while trying to channel your inner Vin Diesel.  Right now I'm torn between sliding my tires sideways and hoping they catch in time to make the turn or taking the bend slowly for a smoother ride and enjoying the scenary as it passes.
Posted by Unknown at 6:53 AM

Email ThisBlogThis!Share to TwitterShare to FacebookShare to Pinterest
Labels: Parenting

Educational credits generally do not expire.

Have you looked into online completion programs?

As someone who knows a thing or two about higher education (can you say 13 years of school AFTER high school?), let me give you all my wisdom in two bullet points.

1. If you do not have complete support from your spouse, do not attempt. Seriously. Have her call my wife and ask her about all the sacrifices she had to make. It's MUCH easier to say you have to work late at a "real" job than tell her you can't watch the kids because you "have to study."

2. At the beginning of my education, I met a dermatologist who said the wisest thing I ever heard.

"Ten years from now you will be ten years older, no matter what you do. You might as well do something you like."

That one sentiment got me through all that school. Well, that and my donkey-like determination.

PS. I'm serious about the wife thing. Have her call Michelle. And if you want to talk some more about education in general, call me any time.

Ok, the Dr. has a point in that having your wife support you is important. And yes, it was hard to support the husband sometimes during his studying for his boards.

However, I think the husband's point about being ten years older is key . . . think about what you're doing now. What your associates degree lets you do. Lets you be. And then think about what a bachelors degree will give you. In knowledge. In self esteem. In earning power. In new experiences. New job potential.

Talk with your wife. If a degree gives you positives in one or more of those areas, over and above what you have now, I hope she'll bear the short term pain for your long term gain.

Of course, if you're only in it for the coeds, or the beer, then I'll be siding with your wife and making you do double kid duty.