Yesterday there was a corporate self-betterment class called "Career Planning".  As in the past, my personal interest in the matter was slim-to-none, however recent enlightment that is not pushed by the economy but rather break some walls down that have drilled me down a ladder climbing hole so deep that I would take less money just to do something that the true minions of advancement would use to springboard to their next promotion.

After pre-taking the Strong Interest Inventory, I learned the following things that I already knew about myself but nice to have it confirmed:

- Conventional learning skills were at the forefront while Artistic ones lagged behind so far most occupations with Artistic backgrounds scored in the negative points on a range from -20 to 80 with -20 being the job most likely to cause one's self to beg for Jigsaw to show up and create an elaborate death trap before reaching your desk every day, and 80 being the job that you'd give up sex, steak, sleep, and Butterscotch Krimpets Tastykakes (available online!!!!!).

- Enjoying to lead by example versus taking charge and delgating the work others hit my personality on the nose.  Learning by doing and learning for a reason versus picking up a book on the French language to read a French Cuisine cookbook and whipping up some five-course meal consisting entirely of words my lisp-filled tongue couldn't possibly pronounce.

The class also made me realize that if I don't make a change soon the resentment of not stretching myself at the regular job versus the one get to show-off some creativity and that I truly enjoy, apathy will seep in deeply enough to kill any chance of moving ahead if/when that four-year college degree becomes real.  As nerdy as it sounds, I do enjoy working with and analyzing data, it's just how I'm built.  Granted the life story of a tall poker playing married accountant doesn't have the ring of a traveling man in quest of the next rush, it is genuine, there are sparks away from the faceless spreadsheets.  Those breaks from linear parenting/married life just come fewer and further between.  But for those who drop here, you will get an honest story if not a dry one at times as there's so much gushing about one's offspring before gagging starts (LOOK HOW CUTE THEY ARE!!!!) 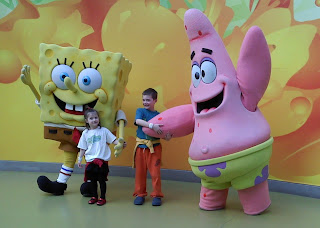 A quick aside...  I saw this article about the nth attempt to push through a racino (or two) in Minnesota and once again my lack of understand and gross dislike of politics has me scratching my freshly cut hair.

These are the ideas/quotes I understand but tell me why they happen in a nation where THE PEOPLE'S OPINION is supposed to rule?

Sen. Sandy Pappas, DFL-St. Paul, acknowledged what Day suspects — that the bill, sponsored by Sen. Dan Sparks, DFL-Austin, doesn't stand much of a chance in committee.


"I haven't looked myself at the numbers, but I would doubt it," Pappas said. "There's never been very much support for racino."

Further up the article you'll see these poll numbers:

At issue is not only expanding gambling in Minnesota — something the state's American Indian tribes with gambling venues staunchly oppose, but which 80 percent of Minnesotans in a recent KSTP/Survey USA poll said they support — but also the even touchier issue of the role money plays in politics.


Granted there's nothing noted of the poll size/economic background/ability to somehow drink Michelob Ultra/if they stood outside of Canterbury Park asking if they would like a casino inside but 80 percent with a generous +/- of say eight percent error rate seems like more than a majority.  Now the argument of a saturation point for gambling the state, I can buy that, but for the committee who is partially backed by tribal casino dollars to have the final say on whether or not a couple of fine looking race tracks can't upgrade to having slot machines is like asking an actor if they would like to nominate themselves for an Oscar/Emmy/Golden Globe.
Posted by Unknown at 6:42 AM

Email ThisBlogThis!Share to TwitterShare to FacebookShare to Pinterest
Labels: Casino, Self Gazing, Tastykakes

wrote something on my blog about casino's /states getting together promoting online poker rooms.I got very little respone. I am totaly against the two working together(as one) as far as gaming.Im planning on writing something bigger on it.
love the blog

ClixSense is a very popular work from home website.

I've just downloaded iStripper, and now I enjoy having the sexiest virtual strippers on my taskbar.