Spring In My Step 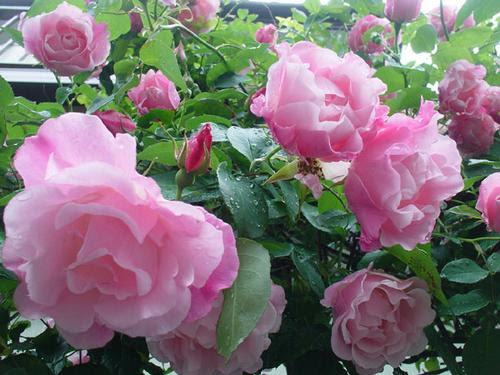 I had to close my eyes for a moment this morning as the clunker I had been handed down finally started to show its age by dribbling anti-freeze all over my parent’s driveway while smoke rose from behind its rusted hood. Many moons ago while things were not on the level mentally or physically for this self proclaimed (or wife proclaimed for that matter) man-child I was given a relaxation technique by a college professor who had a few letters behind his name and a small practice for side income.

“After closing your eyes, just immerse yourself into your favorite place”

Sounded a little too much like Apollo Creed telling a hockey player turned professional ball whacking guy to dream about overfollowing beer pitchers being carried out by one Julie Bowen who donned an acceptable white lingerie ensemble. But, the doctor no doubt had seen a few whackos in his day and since I didn’t see the patients before me flinging poo, I decided to try this simple mental brillo pad.

As my furrowed brow sapped over my eyes, I began my adventure into the perfect weather which comes only for four to six weeks in Minnesota. Similar to the time it takes to receive your 30 gig iPod from PokerStars as a thank you for playing into the single digit hours of the morning due to a nocturnal daughter that isn’t going to sleep with a simple reading from the Beauty and Beast mini-book and a couple gulps of skim milk. With the aforementioned prize, I cue up a mix of music similar to my taste in threads.

Matching socks with pants does not come easy for me, because if there’s one fault of many that I wish I could change is my impeccably bad choice of clothing. I wear the same monochromatic polo shirts to work each week, aside one day when I make a bold fashion statement with an ill-fitting button down shirt that was ironed probably the last time the Kansas City Royals could be called “contenders” or even “a professional baseball team”. As my iHome speakers spewed out songs on the back porch by 2LiveCrew, Amy Grant, Pantera, and Alan Jackson in succession, it’s a wonder why the fashion and music police haven’t brought me in as a “person of interest”. Today there’s no care in my happy place, as the spring winds sweep through my mangled uncovered toes with little kisses while reclined on my wife’s fold-out lounge chair. The sun’s rays are gentle enough at this time of year to prevent my chalk white skin from turning the same color as my wife’s cheeks after I explained why the clothes in the dryer remained stationary throughout this day.

“It was too nice out”, a simple explanation that drain a bit of the hulk-sized anger from her forehead as she too succumbed to whistling breeze and snuggle worthy temperatures overlooking our unfinished backyard. Of course, as Vince Neil came on to shout praises for GIRLS GIRLS GIRLS, my better half removed me from her chair and I took up my residence down on the patches of grass along with my company stamped 32 oz. mug with some motivational double-talk spiel on its side. The contents were the same as always (Cap’n Coke for those who have stumbled here looking for advice on how to play AAXX single suited in late position with a tight raiser UTG), but the environment changed as the sun started to go over Highway 494, heading west to signal that once it reached the rich part of town with its still bloated real estate prices, that snow pants and gloves would be needed to brave any blizzard that was sure to fall at night time.

Some people play air guitar, I set down my drink to shoot a few holes of air golf at Augusta National. My five iron was giving me trouble once again as my downswing was a little too quick and caught a little fat on the hilly lie and the ball ended up in Rae’s Creek, Tiger in his Sunday reds shook his head as I solemnly went to retrieve my ball. The ensuing divot was frowned upon by the matron overlooking from the gallery above, not for ruining one of the few patches of decent grass growth in our barren yard, but for the dorkishness of the faux shot displayed by her husband of almost seven years.

As the bottom of the mug was reached, the kids informed us via shouts that supper needed to be served and the gnats decided I was a decent appetizer. An audible sigh left my mouth as I climbed back up the stairs of the deck to head into the smells of pot roast, taters, and carrots slowly steaming in the crock-pot sitting in the kitchen. Thus ended a perfect spring day in Minnesota, and reason to get up for the next one tomorrow.

Maybe that doctor knew what he was talking about.

Thanks for dropping by, now I thought about if I had died last night and the first post my family would read was yesterday’s fapping exercise and decided, I should improve a bit on that or at least hide my peppermint lotion a little better.
Posted by Unknown at 7:12 AM