Should you feel bad about losing to a suckout late in a tournament if you benefited from one earlier?

Now put yourself into my shoes, a player who is experiencing a month long bankroll and psyche beating worthy of a death trap in a "Saw" sequel. You know the pain is coming, but you don’t know from where, and most likely the pain is going to be self-inflicted by making a wrong choice (the scene with the Latina girl putting her hands into the box with the antidode in it and the shards of metal not letting her hands out in Saw 2? Genius). But, what if you make the right choices and come out with the wrong result; can you pour over the hand histories and forget that bottom cash you took because the board didn’t play out in your favor?

Or would it bother you that you took that coin flip at the right time after two or three hours of play, or made the right steal attempt against the right player at the right time and they just happen to catch cards. No one can claim a perfect read on this game at all times, but people can use misdirection, overbets, and assortment of “plays” to give themselves more lottery tickets to win a tournament or even come out ahead after a session at the cash games.

A percentage to win doesn’t just include the cards in front you, but the play that can surround those cards. If you can make your opponent fold more often then not, then your winning percentage with any two cards for that hand goes up. Fold equity isn’t a new concept if you’ve read a few books which most people who stroll by here have. If you can get a person who normally wouldn’t call you with a inferior hand, the EV of your hand goes up beyond the percentage given if the cards were to go to showdown. Value betting isn’t a new concept either, but it does shine some light for someone like myself who is struggling with results lately.

With the exception of a misplayed KK last night, I felt I got the results I wanted but fell short when I four outer hit the river last night. Moral victory I guess, but moral victories don’t get an interview with Mookie nor do they put you on the next flight to Australia.

Tonight Riverchasers, make em’ proud bloggers with another triple digit showing as I’ll waffle on whether or not I play since two deepish finishes this week, plus a final table tonight might net me player of the week. Good luck to all if I’m not there as I’d rather be swatting at softballs then staying up until midnight to win ten shiny American cents after three hours of poker.
Maybe a dial-a-shot would extract the brilo pad stuck in my vagina tonight. 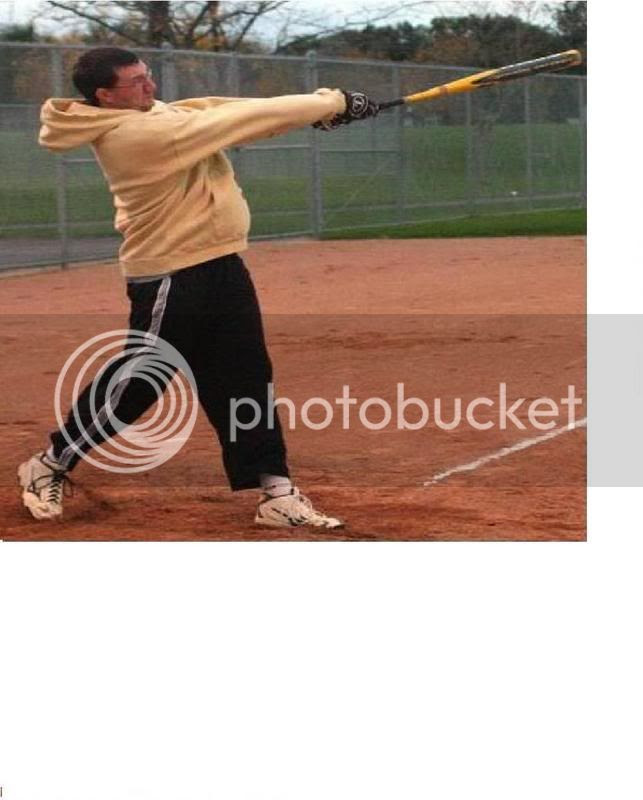 Yes, the ball left the yard... well at least the infield
Posted by Unknown at 6:42 AM