First off, a big thank you to Rakebrain.com and their representatives in yesterday's $500 freeroll (well $600 if you count LeCheese going LeGigli). I got cards to began with, lost a big coin flip to Moooooooooooookie with about six people left, and with the little ones jumping on me, couldn't find my "D" game and splashed a PLO pot with semi-connecting cards that couldn't beat Gunz's Trip Kings (who I'm happy to see chopped it up 4 ways congrats BadBlood, Mookie, and SeattleJohn!!!). I guess that made me the bubble boy again and my company will be sending a bill for a new monitor and PC to G-Vegas tomorrow. I did manage to outlast he-who-punches-donkeys and the BadgerBadgerBadger fan for a couple of bounties :)

I would end the night back on the computer after promising myself some sleep for once. Second hand at a PLO8 cash game at Stars doubles me up. "Hmmmmmm, good decision to stay up" I think to myself. 15 minutes later I get it all in with top set on the turn with no flush possible versus a straight draw, draw hits. 45 minutes later my gazillion out draw doesn't come in and I'm down a buy in now.

A pop up for a 4-max PLO tourney appears, 4-max PLO????? That'll be quicker then me rubbing one off to those naked Lindsay Lohan pics. Five minutes after entering the tourney, I get stacked again holding top set of Kings on a rainbow board with the second nut low draw, he goes runner runner wheel, same guy. I shout things in his general direction and look for the cat to throw but found a PokerStars stress star instead and nearly throw it through the TV as cold things tend to be hard. 15 minutes after that, bye bye bye to stack again and I'll keep my dollar this time thank-you-very-much.

At least they did.

No, Hoy synopsis, nor Hoy-type dollars, just the facts sir. For a low rolling grinder like myself, a 2nd place while being down 10:1 to start heads-up and down 2.5 stacks in the cash games was as relieving as the first long beer piss of a fine drinking evening. 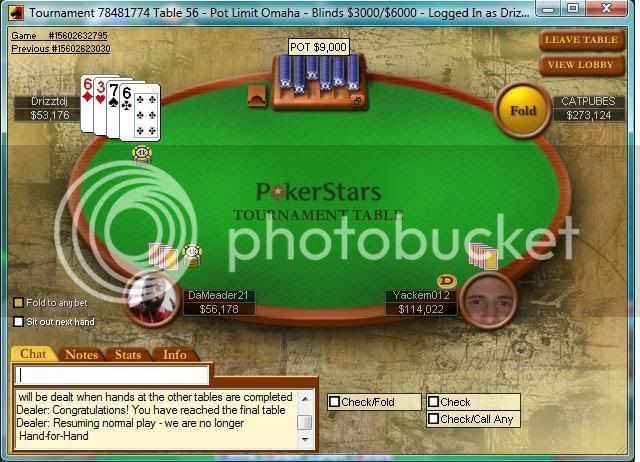 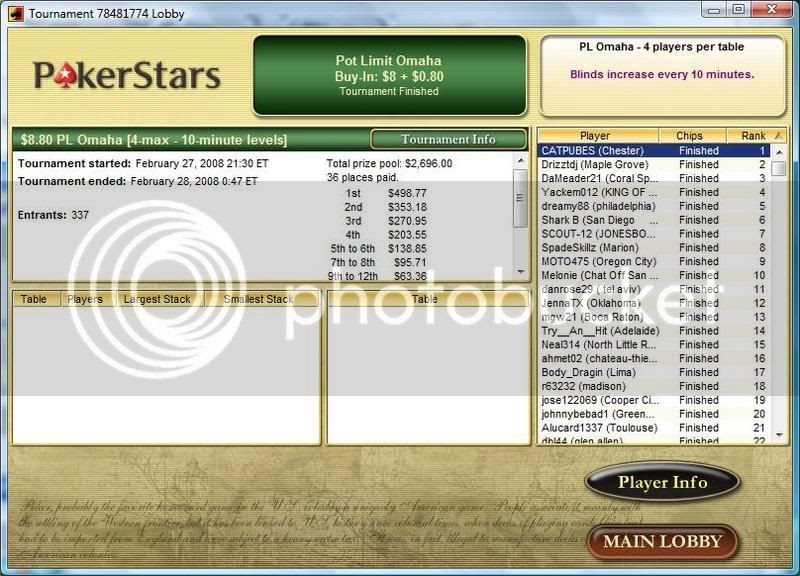