Working In the Paint

Like Jason Kidd I did drive the lane last night but fell short of the double double when I failed pay attention to both tourneys last night. Playing heads up in the Bodoggie against a very tough player in Emptyman and a Stud tourney at the same time without an alcoholic beverage to calm the nerves was like the work-time drive this morning through the light snow. Slippin’ and slide along, as even hardened Minnesotans found their steering wheels and gas pedals to be operating like Waffles with a monster tournament chip lead.

Kurokitty made me pay the price in the Stud tourney when I got jiggy with a high door card and ran face first into his buried Aces, bottom money but I’ll take it after the flame outs in the first two BBT3 events. 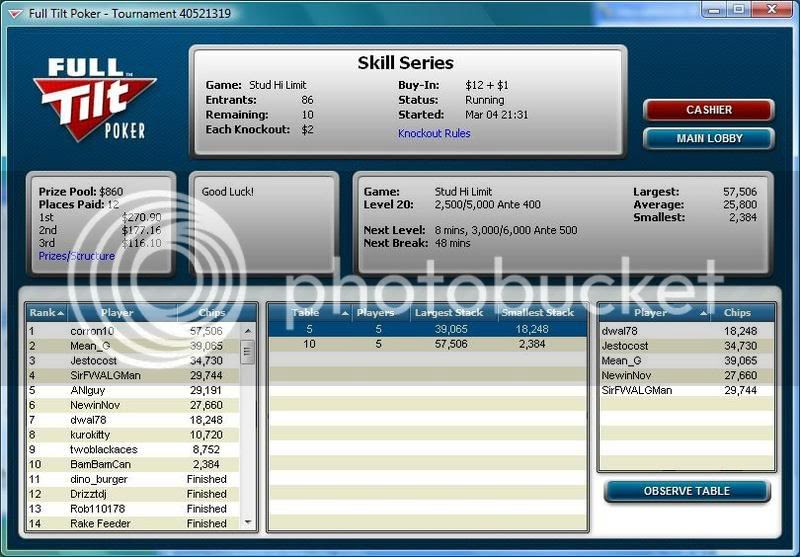 The second half the double double was completed with a finger roll, as I got lucky winning some flips while down 5:1 in chips heads-up for some badly needed Bodog tournament of champions points. I figure with this win I’ll have an above-average shot at making the TOC at Bodog and hopefully not have to sweat out making it in for a 1 in 18 shot at their swag-tastic WSOP package. People may hate on bloggers for being bad players but the community is the reason why we’re reaping the rewards from these sites. Sure Full Tilt, PokerStars, and Bodog get free links/publicity, but I remember times when just pulling up blogger.com and trying to sound like I knew something about the game or arranging words into metaphors for free was fun. 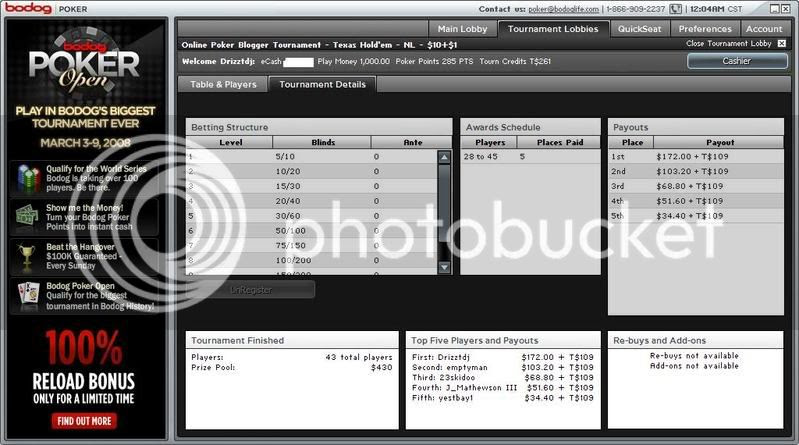 Blogging is still fun (notice I said “blogging” because I sure the hell wouldn’t call what I do “writing”), just now there’s some beer money on the side and a lot more faces in the crowd to call friends or retards for overplaying those split twos. Call your fellow blogger any name in the book if you please while trying to take their chips, but shake their hand and ask about their kids after the last two/four/seven cards go into the muck because I guarantee you, you’ll be better off both in friendship and at the tables.

This give-your-fellow-blogger-a-huggle-moment is sponsored by all those links on the right and the letter M which stands for the Mookie, this evening’s BBT3 tourney. Do I hear 100, 125, 150?