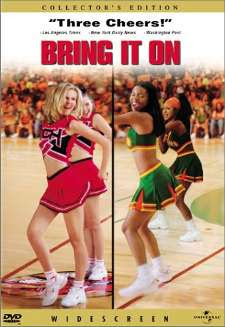 Courtney: Let's not put the "duh" in dumb!

I show the dumb everytime I type in this blog or hit the bet button. But, once in a great while I manage to win a little bit from this game we play or type up some amusing analogy or metaphor.

Yes, welcome to the roller-coaster existence once again of a low limit player. Each post is guaranteed to contain either reflections about losses or puffing out the chest about wins.


Not so much anymore.

Unless of course if I scoop some LAG that fleeced me previously, then IMs need to go out :) I love me some payback!

The winning and losing sessions are blurring more and more together now which is a sign of "growing" as a poker player. You'll get the phrase "its all one big long session" pounded into your head like a chair from HHH or Ric Flair, if not, you have some reading to do. If you have been playing for a semi-significant amount of time you'll realize that two nights in a row (or even a week) of someone catching a straight flush vs. your flopped quads, or a ragged two pair vs. your Queens/Kings/Aces is just variance. That 10% chance to win will hit 100% of the time over an infinite amount of time! Meaning, yes you were the favorite, yes you put your money in with the best of it, yes you're beautiful and sexy, but you'll only win 90% of the time.

A certain PLO8 loving Princess reminds me constantly "Get over yourself!".... even if she's wrong :)

Blunt and to the point, just like her. But this reminds any poker player from Johnny Chan to Phil Laak to Grubby to that WPT fanboi in the eight seat snacking down Extra-thin Newports with an iPod complete with Bose headsets, wrap around mirrored shades and four Dazed and Confused cast member rejects praising his every fold and raise like he was the King of Siam at the $2/$4 table, that poker is gambling.

Sure you had a good shot of winning, yes you can manipulate the results by bluffing and making the best hand fold, but when the cards are flipped over at showdown, you are at the mercy of the gambling aspect of poker. The more you realize this concept, the more a player can be at peace when the cards do not come out in his/her favor. Constant reminders that its a winning edge, not an absolute that you correctly put someone on a hand and bet accordingly. But as true to the Theory of Poker by Sklansky, if you play your hand the same way as if the cards were face up you gain, if you played them differently, your opponent gains. That's your edge on variance and what will make you a winning player, keep playing your cards as you've studied and eventually variance will greet you at the door holding a bottle of Cristal in a lace teddy from Fredrick's.

Missy: OK, so I never cheered before. So what? What about doing something that actually requires neurons.


Golden Joey commented yesterday about a video game prop bet while in Vegas. A few months ago being rusty from my days of chucking quarters down a Galaga machine at Montecello Bowl as a kid while watching my parents finish up their Friday night league games, my wife acquired this for me. Until now I haven't had much time to play being busy over the summer with tiring things like drinking beers up at the cabin. That is going to change.

Of course I said that couldn't lose last night when I flopped top-pair top kicker, a straight flush draw, and 4 to a nut low with counterfeit protection (try counting all THOSE outs!), only to lose to runner runner boat and no low. Maybe the power will go out right before I topple his high score. Stranger things have happened like Bush getting elected President again.

As seen from comments about Galaga previously, it seems poker bloggers lived similar lives. Euchre anyone? Strange and distrubing. Just curious.. did anyone else try skating onto the ice while being introduced in a hockey tournament while still wearing their skate guards? No? Just me? Ok.

Thanks for dropping by, I'll be ref'ing Jr. High school volleyball this afternoon, so if you have suggestions on headache control for two hours of high pitched cheering, over-excited parents, and occasional coaching arguements. It would be most appreciated.
Posted by Unknown at 6:27 AM