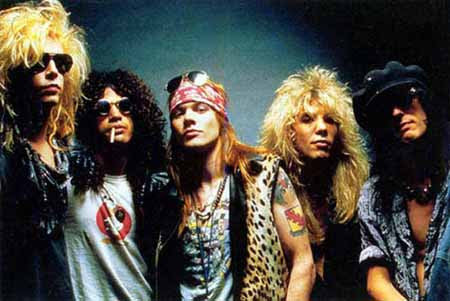 I'm still trying to find the heaven above the world of sports handicaping but its kicking my junk like I stole baby Jesus from the nativity scene. Next week I'm imploying the Constanza method of sports betting, whoever I write down that's going to win, I'm betting the opposite. I believe you find great success noted on this method by other bloggers.

Yes, you get lumped together today. Why? Could it be that you both decided run in the Indy 500 this weekend without tires, a driver, and a Lola Chassis? These garbage TDs at the end of the games are padding the complete domination both teams were dealt this weekend. Granted the Gophers have been playing decent ball and ran into the buzz saw of Penn State's decent run defense...

But my beloved Vikes, oh how the mighty have fallen. Your offense this year reminds me of a lifetime honor roll student who doesn't study when they get to college and assume everything will be just as easy (of which I would know NOTHING about of course). You can't tell me just one person could completely cause the Jenga block tower to fall? Prepare for more of the annoying "Randy Watch" type articles in the Star Trib. Each week that this offense adds to the fire that Moss made the offense, yet can do nothing to disprove the theory.

I have one solution. On the first play of every drive throw a long post pattern to anyone of your fine receivers. It doesn't matter if it get picked off or thrown into triple coverage, just wing it. Its the one play I haven't seen nearly enough of this year and needs to come back.

On the poker front, I played a little PLO8 over the weekend despite being at the cabin for the most part. The success wasn't there, but I'm going to do a little experiment over the next two weeks and re-evaluate my game.

No tourneys for the next two weeks. Tourneys for me have been a kick in the mental junk, playing for two/three/four hours with the money on the line based on one or two hands is not worth it at the present time. I need a new mentality to attack these things. My mindset with coin flips and losing higher PPs to lower PPs isn't right for tourneys.

All high achievers plan their work and work their plan, for they are keenly aware that "luck" is most often being prepared to take advantage of a situation.
-- Unknown

I don't know if I'll ever be a "high achiever" playing poker because its a hobby for me, but I'd like to be a good player. I need to get the mental side of the game back on track before I can move forward. More reading? I have Ray-Zee's split games book and Harrington's NLHE tourney book to finish at the moment. But how about a non-poker strategy book? I've read some good reviews on books that deal with the psychological aspect of poker, I suppose one more book to the poker library couldn't hurt.

Is there any better artery-clogging fast food burger then a Hardee's/Carl's Jr. 1/2 pound Frisco Burger? Remember we don't get In N' Out burgers up here near the Arctic circle.

But, what's with the attitude in handing me my drink that comes with my "combo" meal? The Napoleon Dynamite with a beer gut look-a-like wouldn't fork over the $.03 cup when I requested it because even though I paid $6.50 for the combo he forgot to give me the cup right away because the food was still being cooked. Appearently this genetic misfit doesn't understand that COMBO means a COMBOnation of fries, burger, AND A GLASS FOR SODA.

"I'm sure I gave you a glass sir, I NEVER forget to". Was his line when I went up to pick up my meal and Little Drizz's chicken strips with a cool little pop-up toy inside.

Do you really want to go there for that $.03 soda? Of course he had no problem in giving a cup to the hockey player toothed grandpa with the coffee stained "Old Fart" trucker cap on, when he cut thru the line to request one. I know I'm not racking up frequent burger points at this establishment like Archie Bunker here, but just GIVE ME MY DAMN CUP!

Nothing like added stress to the long car ride home from the cabin.

Thanks for dropping by, now stop your whining and go check out the slew of new posts up by the bloggers on the right.
Posted by Unknown at 6:33 AM